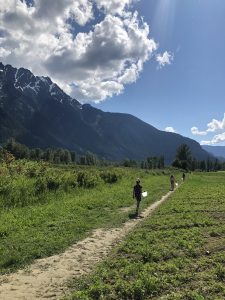 I don’t know about you but trying to get my kids out of the house on days off these days is like pulling teeth.  They complain, protest and whine and it’s almost enough for me to let them have their way and just stay put.  But I don’t give in.

Spending time outside in nature is not just a way to pass time on free days it is imperative  for physical, emotional and mental health. The benefits are numerous and I will outline some for you below.

Spending time outside in natural light, especially in the early morning, helps regulate the circadian clock.

The circadian clock is an internal clock in our brain that has an important role in driving many processes in the body including sleep, hormone release, body temperature and gut health. The clock responds to external cues especially light and therefore early morning sunlight exposure is a strong signal to get systems functioning as they should.

Exposure to sunlight enables the production of Vitamin D in your body.

Vitamin D is formed in the skin through a reaction with sunlight.   It is an important hormone that modulates many reactions in the body and has a role in gene expression, immune function and bone health.  Due to minimal exposure to sunlight many people living in the northern hemisphere have deficient levels of  vitamin D.

A study done in 2014 in Japan looked at the response of young men who walked in the forest versus those who walked in an urban environment.  They found that the men who spent time in the forest had significantly lower heart rates as well as a higher heart rate variability, which is a signal of increased stress resilience. They also reported better mood and lower anxiety than the urban walking men. https://www.hindawi.com/journals/ecam/2014/834360/

Spending time in nature can make you smarter.

They found evidence that exposure to natural environments improves performance on working memory, cognitive-flexibility, and attentional-control tasks.  Green spaces near schools were associated with cognitive development in children in one study.  In another, green views near the homes of young girls were associated with self-control behaviors. Experimental studies also supported the association between exposure to nature and improvements in cognitive performance.

Spending time in nature can increase your creativity and attention.

A study done in 2012 with a group of hikers who spent 4 days immersed in nature showed they had significantly better scores on a task that required creative thinking and problem solving compared to a similar group that had not just spent 4 days in nature.  https://www.ncbi.nlm.nih.gov/pmc/articles/PMC3520840/

The researchers had a theory that the results were due to lack of stimulation of everyday activities which then allows the pre-frontal cortex to restore and replenish so it is better able to perform its executive functions.  They note the limitations of the study include not being able to determine if the effects were due to an increased exposure to nature and the positive responses to this, or due to a decreased exposure to technology and its associated expectations, or to another alternate factor.

Spending time in nature can make you more empathic, agreeable, generous and helpful.

In a series of experiments in 2012 researchers in California found that exposure to beautiful nature when compared to nature not perceived as beautiful lead to increased prosocial behavior through increased positive emotions. https://www.sciencedirect.com/science/article/abs/pii/S0272494413000893

Spending time in nature can also improve your immune system function and decrease your stress hormones.

Forest bathing trips called “Shinrinyoku” in Japanese are very popular and are essentially short, leisurely visits to a forest. The review  found that people who spent time forest bathing had increased natural killer cell activity and lower stress hormones in their system.   Natural killer cells are a type of white blood cell that is involved in limiting the spread of infections and also plays a role in prevention of cancer. The increased NK activity lasted for 30 days after the forest visit.

One last important point to note- it appears that we gain the benefits from time in nature even when we don’t enjoy it.  A study done in Michigan found that people who walked in nature on an unpleasant windy cold winter day still performed much better on short-term memory and attention tests than those who walked in an urban environment even though they didn’t particularly enjoy the experience.  They also found that mood tended to be higher as well. https://citeseerx.ist.psu.edu/viewdoc/download?doi=10.1.1.462.484&rep=rep1&type=pdf

One of the researchers Marc Berman discussed the results in a newsletter “What we’re finding is that you don’t have to like the interaction with nature to get the benefits.”

Enough said.  Our family gets out into the great wild world almost every day in the summer.  And if I have to resort to some “incentivizing” to make that happen, I’m OK with that.  That way we all get the benefits and the adults at least are more likely to enjoy ourselves in the moment.

Is Intermittent Fasting the Best Thing for Weight Loss Since Sliced Bread? 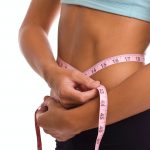 Obviously the invention of Wonder Bread and others like it did nothing positive for people’s waists or their health.

But what about intermittent fasting?  Is this a legitimate way to lose weight or is it just another fad?

I’m sure most by now have heard the term intermittent fasting but you may not understand  exactly what it means and that’s OK.  The term has been thrown about in many scenarios and has been defined differently by different people creating a lot of confusion.  Simply, it can be thought of as a dietary pattern of fasting and nonfasting states over a period of time.  It can be further subdivided into 3 categories depending on the pattern of fasting and nonfasting.

The first category is Time restricted Feeding.  This involves eating as much and whatever you want for a certain time during the day followed by a period of fasting for the remaining hours of the day.  For example 16:8 method involves an 8 hour feeding window with a 16 hour fast.

The second category is Alternate Day Fasting which involves a day of eating normally followed by a 24 hour fast or a day of minimal intake.  The Cyclical Whole day or periodic Fasting is the third category of intermittent fasting.  This is when 24 hours or more of fasting or ingesting a small amount of calories is completed followed by days to weeks of eating normally.

There is evidence that Intermittent fasting can cause a huge number of beneficial effects in the body related to cellular and metabolic changes.  But does it also help with weight loss and maintenance?

There have been a number of studies looking at intermittent fasting and weight loss.  A review looking at a number of these studies published JBI  in 2018 https://journals.lww.com/jbisrir/Abstract/2018/02000/Intermittent_fasting_interventions_for_treatment.16.aspx found that Intermittent fasting produced the same amount of weight loss as continuous caloric restriction and may even be more beneficial in some areas such as waist circumference, total body fat and circulating insulin levels.  In fact, many guidelines such as Diabetes Canada and Obesity Canada have been adjusted to reflect this observation.

Keep in mind this doesn’t replace other dietary interventions such as eating healthy whole foods and staying away from high sugar, high fat, highly processed foods. It should also be noted that at this point it isn’t clear which type of intermittent fasting is the most effective for weight loss.  As well most of these studies have been short term and more long term studies still need to be done to look at long term effects.

But how does intermittent fasting lead to weight loss?

There are likely several mechanisms which promote weight loss with intermittent fasting.  Overall your caloric intake may be less than normal but this is not felt to be the prime contributor.  Intermittent fasting produces changes in hormone balance including insulin sensitivity.  It also promotes a healthy microbiome which contributes to a host of positive metabolic changes as well as changes in the brain via the gut-brain axis.

What is the not-so-final word?

It looks like good news for those who are overweight and want to try intermittent fasting as a way to drop some pounds!

And, of course, if you are looking for support during this journey I would love to help you!

Go to my webpage and set up a free discovery call to explore if this is a good fit.  I look forward to hearing from you!